Concept design visuals for front of store for a Laundry service company. The client was applying to let a store at a newly constructed mall and as part of the standard letting approval procedure they are required to provide the letting agent with visuals that show the layout and design concept for the proposed store. 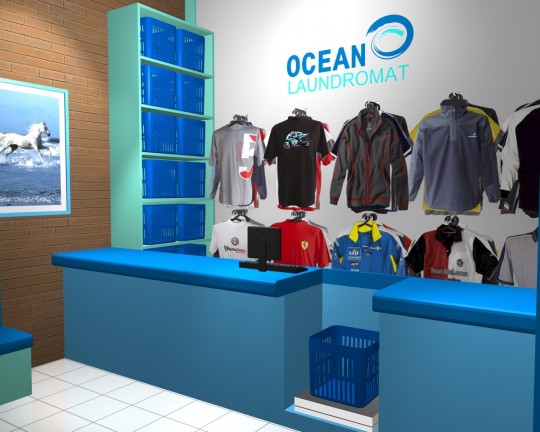 The client had done some rough preliminary sketches that showed the layout that they though would work best for the space. The project called for the layout to be tweaked and for 3D prespection visuals to be produced.  The client wanted the colour scheme for the store design to be shades of blue and aqua.

Although referred to as a laundromat the store will not incorporate the typical coin operated industrial type of washing machines and clothing tumble dryers usually associated with a self service laundromat. Instead the customers will drop off and collect their laundry or have it collected and delivered by the company. The actual laundering process of washing and drying and ironing of clothes and laundry will be done by the company. For this reason the store space needed to be spit into both a public front of store section and a non public back of store work area.

The front of store area would need to include a service counter with an industrial laundry scale for weighing the laundry upon arrival to determine the cost of washing and drying the laundry. This area would aslo need storage for clean laundered laundry and clothing whilst awaiting collection by or delivery to the customer.

The back of store laundry work area would need to accommodate the industrial washing machines, tumble dryers and ironing machines. It would also need to provide storage space for clothing during the laundering process. The storage takes the form of shelves built into the partition between the front and work areas.

For the purposes of the 3D visualsation of the laundromat store at the initial concept stage only the front of store was shown in the 3D visuals. 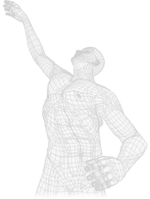 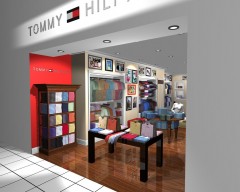 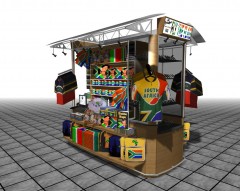 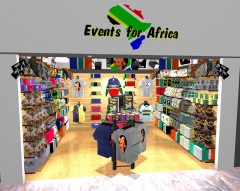 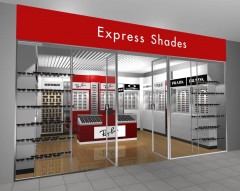 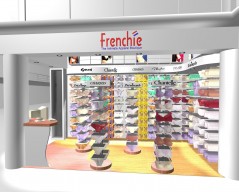 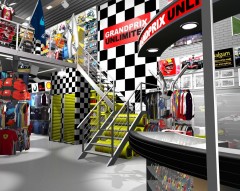 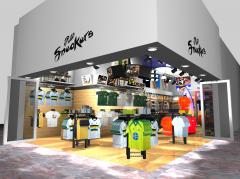 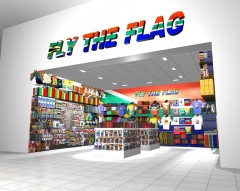 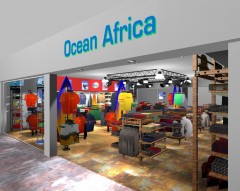 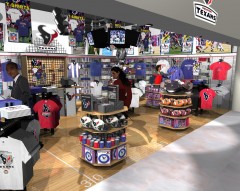 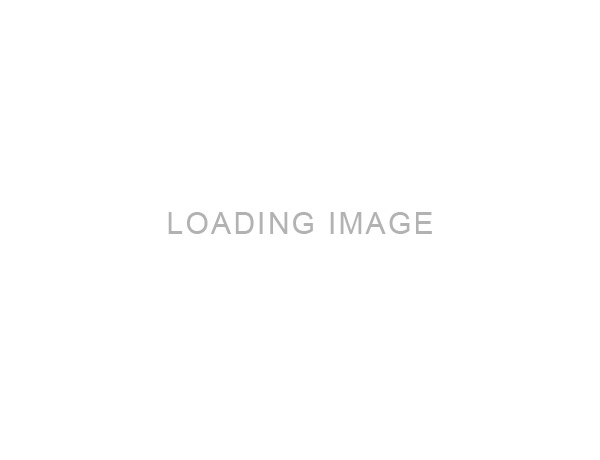